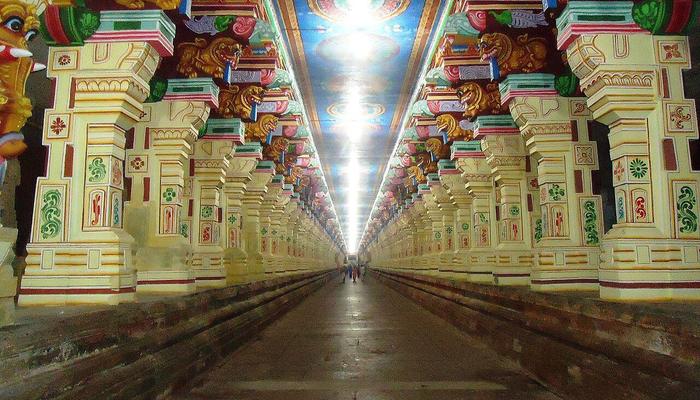 Rameshwaram Jyotirlinga is believed to be worshipped by Lord Rama, after his phenomenal victory over Ravana. Known as the southernmost jyotirlingas in the country, the temple is surrounded by sea and boasts of its beautiful architecture, decorated corridors, and 36 theerthams.

Popular as ‘Varanasi of the south’, Rameshwaram Jyotirlinga is also one of the most visited holy places in India, approached via Madurai in Tamil Nadu. Devotees visiting this jyotirlinga, also visit Dhanushkodi beach, from where Lord Rama had built Ram Setu up to Lanka, to save his wife. This is also one among the char dhams of India.

Temple opening hours: 5 AM to 1 PM and 3 PM to 9 PM. Darshan is permitted till 8 PM.
How to reach: The nearest airport to Rameshwaram is in Madurai (163 Km). It is also connected by railway from several major South Indian cities including Chennai.